What is Vojta therapy and why we use it

HomeDětiWhat is Vojta therapy and why we use it 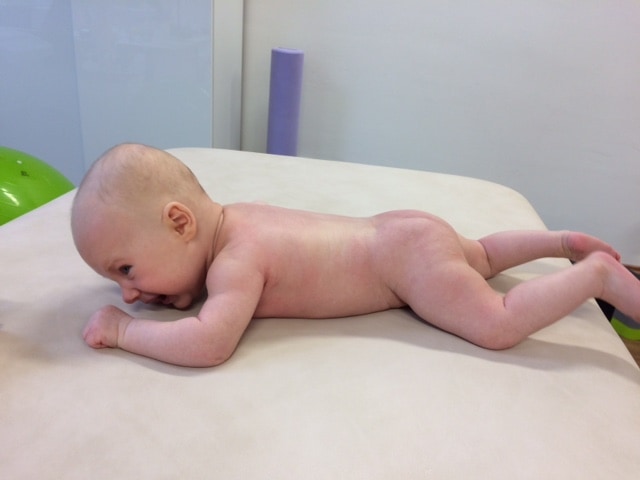 What is Vojta therapy and why we use it

Vojta therapy was developed by a Czech neurologist, Prof. Vaclav Vojta, between 1950 and 1970’s. What started out as a principle, in the Czech Republic and Germany (where Prof. Vojta immigrated), is now known and used all over the world today as reflex locomotion.

From years of research and investigating various ways of treating children with neurological disorders, Prof. Vojta developed this specific method for both diagnosis and treatment of movement disturbances. Even though the method originated from an incentive to treat children, it’s widely used in adulthood as well for various conditions.

Reflex locomotion, is unrelated to our “reflexes” but describes instead the relationship between the specific target points (let’s call these “reflex” points) that are stimulated during the therapy and the movement patterns that are initiated as a response to that stimulation. The reflex points contain a large number of receptors and when stimulated in the correct way (mentioned in the next paragraph), they trigger pre-defined, involuntary motor reactions. These may or may not present as very obvious reactions such as a whole body movement, but may be just small specific activation of certain muscle synergies. This depends on the neuro-sensitivity and condition of the patient but also their age – the younger, the more reactive and exaggerated the responses are. Sometimes, the reactions could only be visible to the eyes of a Vojta specialist or physiotherapist with background knowledge in the technique.

The movement patterns and why they occur?

The responses that arise during reflex locomotion are precise movement patterns. These patterns are the same as those that appear as we develop from birth: grasping, rolling, crawling, standing up and lastly walking. They are innate patterns, genetically encoded within our nervous system and are present in everyone, no matter what the age, gender or condition. Such as we all develop in the same way, or ‘order’, these patterns when stimulated are identical in everyone, as well as‘automatic’- the patient has no conscious control over the movement that occurs.

For ease of imagination, think of our brain and nervous system having these specific neuro-motor pathways and links that are responsible for our functional movements as we develop, like crawling. In the case of a neurological impairment, or other movement disturbance, a ‘block’ could appear in one of these pathways, consequently influencing our motor behavior by changing the pattern (non-physiologically) or completely diminishing it.

Vojta therapy is focused on these neuro-motor pathways by stimulating them directly and repeatedly, via the ‘reflex points’and by placing the person in specific positions (on the back, side-lying or on the stomach) to‘switch on’and re-activate the functional connection between the nerves and the muscles that are necessary to initiate the movements.

Vojta therapy may be used in various conditions ranging from neurological impairments such as cerebral palsy, central coordination disorder, stroke, multiple sclerosis and peripheral palsies to orthopedic conditions after fractures, trauma and surgery. In adulthood, it’s often used as a preventive therapy to activate healthy movement stereotypes and thus prevent pain and future postural problems. In childhood, it’s crucial to begin as soon as possible when needed, before the newborn develops substitute patterns and is still ‘plastic’ enough to perceive the therapy quickly and successfully. Repetition of the therapy in children is indeed important and an integral part of treatment using Vojta therapy is to educate the parents on how to provide the exercises at home on a regular basis.

Vojta therapy elicits many other effects within the body and isn’t limited to just the neuro-motor system. During therapy, it has positive deep effects on the vegetative system, cardiopulmonary system (in terms of correct breathing pattern activation and blood circulation) and other, so it may also be used as a therapy for treatment of swallowing, breathing and chewing problems.

If you are interested in understanding and learning about Vojta therapy further, please look to their official website, www.vojta.com/en.

Regarding any questions or interest in Vojta therapy with one of our qualified physiotherapists, please do not hesitate to contact us.