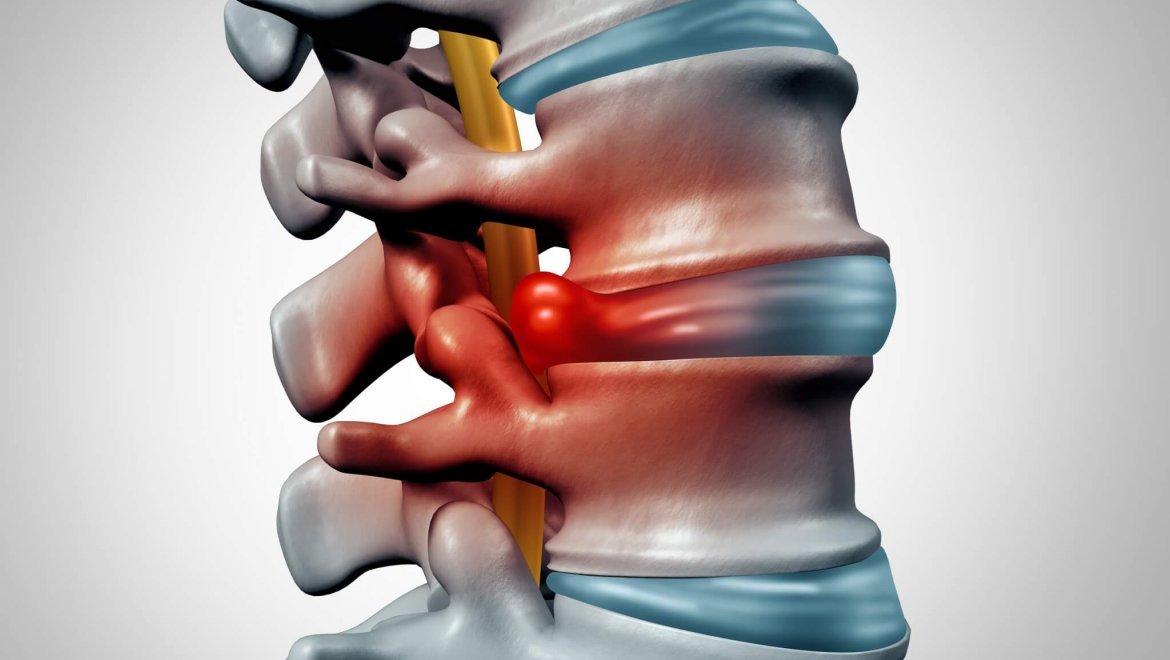 Don’t let a prolapsed disc stop you, it’s not the end!

Most of us imagine that having a prolapsed disc or disc hernia in the spine is a problem from which there is no way out and can only be solved by an operation. At the same time, disc hernias in the lumbar spine, after the age of thirty, occurs in about 70% of the population, however not all cases have difficulties. Does that mean that the outbreak itself doesn’t matter at all?

The truth is that if a disc hernia arises, it is to some extent an irreversible damage. However, this doesn’t mean there will be permanent physical difficulties. Under good and healthy conditions, the human organism has large self-repair mechanisms that largely contribute to a stable recovery.
The lumbar vertebral disc is the most common area for disc hernias to occur. There are larger chances for this part of the spine to be overloaded or loaded unequally. These unbalanced pressures are thus transferred to the discs. It may develop from a regular forced position at work, for example, dentists remain bent and rotated to their patients to one side during the majority of their day, or from inappropriate activity, such as bodybuilding with incorrect postures, or due to the most common cause, non-ideal coordination. It doesn’t take a heavy burden or severe injury to end up with a disc hernia, but sometimes the problem develops over time from damage caused by small repetitive strains.

We all have a certain asymmetry in our body that we aren’t aware of and that’s because we’ve created compensatory mechanisms to balance them out. I will give an example: Our spine rotates better on one side than the other. Therefore when we come to rotate on the restricted side, we compensate and replace it by side-bending more instead. That means that during walking and other daily activities, our spine on that side doesn’t rotate but leans. This is one example of small repetitive forces that gradually and very inconspicuously begin to damage the discs.

The disc gradually weakens, or its harder outer ring bursts completely from a sudden injury, and the gel-like ball that’s enclosed by the ring bulges out through this weakened region and into the spinal canal. Hernias bulge most often to the sides, where the roots of the nerves are. At some stage during this process, the problem will become noticeable via the symptoms that arise. Pain and difficulties may range from mild to intolerable and from slow to quickly-developing symptoms and this is largely dependent on the severity and size of the hernia. A common type of pain with herniated discs is when it reaches a spinal nerve root it causes an irradiating pain that shoots from the disc to the limb of the affected side (along the arms, or along the legs). Sometimes, only the radiating pain to a limb is present without any back pain.

What can you do if these troubles affect you? We need to address the cause of the problem as soon as possible. You may begin to notice a reduction in your daily activities and your inability to cope with daily stresses. If the condition reaches this stage, visit a neurologist immediately for a thorough examination and don’t wait or postpone your visit by using analgesics.

So, what may have caused our problem? Is it a deviation in our movement stereotype, a certain type of repetitive stress during work or an injury? How do we eliminate it? These concerns are all addressed by healthcare professionals, and treatment is indicated accordingly, based not only on the cause of the hernia but also the individual needs of the patient.
For the majority of people who suffer from disc hernias, conservative treatment provides enough relief and successful recovery. What leads to long-term results is undergoing a program of physiotherapy including specific therapeutic exercises. These are usually very gentle exercises that do NOT provoke pain, alleviate muscle tensions and strengthen back and core muscles to increase support and stability. This eventually decreases the compression on the discs, allows any swelling to subside and prevent the hernia from being ‘pushed’ into the canal. From that, exercise therapy, when done correctly, may provide quick relief (even within a day) but for healthy long-term effects, compliance and patience is required from the patient.

Read about what to do if you are in the acute phase of the disorder here.

Also, what preventive measures are required to follow and why, can be found here.

Instead of surgery it’s often enough to adjust the joint positions, activate muscles to perform their functions correctly, improve the mobility of the hips, and ensure better involvement of the deep muscles of the abdomen (core muscles). A prerequisite to the targeted exercise program is a thorough examination that will reveal the individual weaknesses and cause of the problem.

However, it’s necessary to keep in mind that pain is always a signal for us and the experience of another relapse is a strong warning sign for us. If we slide back into the same habits and movement stereotype after rehabilitation, the disc becomes a ‘timed bomb’ that is likely to strike again.

There are cases where a person may experience the same symptoms of a prolapsed disc but suffers from a problem that originates from the hips and/or pelvis. For example, one client arrived to our office, in a large bent forward position of the trunk. He had told us about an upcoming back surgery he has but wanted to try conservative treatment beforehand in the case it could be avoided. After a detailed physiotherapeutic examination, we were able to conclude quite clearly that the main problem wasn’t from a prolapsed disc, but a largely degenerated hip joint (arthrosis) associated with soft tissue damage. His backache was only a secondary problem that was quite inevitable as the client over time couldn’t straighten up from his hips and strained his back muscles in doing so. Operating on the spine in that moment of time would’ve have only made his situation worse because after the surgery the patient would’ve found it more difficult to move with both back and hip mobility restricted. Later on, the surgery of the spine was changed to a hip replacement instead and had a very successful recovery with no consequent back pain.

We successfully treat acute outbreaks of herniated discs. Learn more about how we work here