Why does my baby prefer to look to one side?

HomeArticlesFyzioterapieWhy does my baby prefer to look to one side? 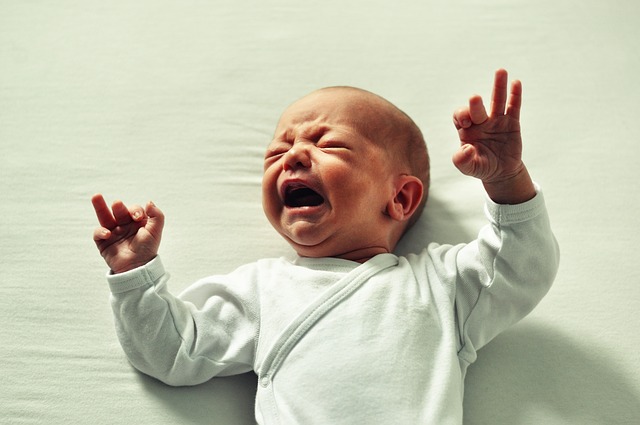 Why does my baby prefer to look to one side? A head predilection – When to be concerned

A head predilection to one side in babies is a common reason for parents’ visits to a physiotherapist with concerns. There are various reasons, amongst them a physiological one, why a child would ‘prefer’ to hold their head to one side and it’s important to differentiate, a) whether or not it’s physiological, and b) if not, what’s causing it.

Plagiocephaly, also known as the flat head syndrome, is when the child’s head becomes flatter on one side and changes shape and this happens when the child is, for the majority of time, facing or laying their head towards one side. Positional torticollis is a related condition where the muscles in the baby’s neck on one side tighten causing the head to tilt to that side, making it difficult to turn the head. Both of these conditions could be a cause for the other or present themselves as a primary problem alone.

Firstly, it’s important to point out that newborns up to about six weeks of age all have an asymmetrical position of the body. In that age, there’s always a head predilection to one side and as it is part of the development process, it isn’t a concern. However, what to be aware of is that even with this asymmetry, the predilection isn’t constant and the babies are able to change their head positions and show us by rotating it to the other side occasionally. After six weeks of age, with the development of optical fixation, babies begin to turn the head to both sides symmetrically and usually don’t show favor to one side.

It’s important to notice when to act and in the correct time. If a baby younger than six weeks of age doesn’t show occasional turning of the head to both sides, especially even with motivation, and seems to be fixed to one side then it may be a good idea to have a doctor or physiotherapist consult. If a baby continues to prefer holding his head to one side after six weeks of age, and also seems to have a bow-like position of the body (with rotation to the opposite side), then it may be the start of the development of torticollis. Another symptom of positional torticollis may be that the turning of the head to the other side brings the back of the head down towards the shoulder and the baby would find it difficult to hold it there for long. The head may start to flatten (plagiocephaly) and less hair would also appear in the affected area. Eventually, this asymmetry can also appear on the face and in the worst cases, also affect hearing abilities of the ear on the affected side. Consequently, what looks like a small neck problem may affect the body as a whole in its development process and cause a delay in reaching motor milestones, poor quality of movements and asymmetry in growth of the spine and hip joints that leads to scoliosis.

The key to treatment of torticollis and plagiocephaly is how early the therapy begins. Treatment using reflex locomotion brings successful and effective results that are sustained throughout the infancy, with just a little monitoring and control check-ups for prevention. However, in some severe cases, if the conservative treatment doesn’t begin early enough or isn’t effective then a surgery may be necessary.

The cause of the predilection can be, for example, a distress trauma during delivery that leads to injuries to soft tissues or the spine around the neck and head area. Other various causes may be from certain infections, developmental abnormalities, neurological disorders that cause muscle spasms and some types of genetic syndromes.

A child suffering from torticollis is often referred to as neurotic because of frequent crying. The neck problem can also have a negative impact on sleeping patterns of the baby and this causes further pain and discomfort. Other signs may even show upon breastfeeding time, when the baby prefers one breast and rejects the other because of the difficulty of turning its head. Keep in mind that passive rotation, or a forceful rotation of the head to the opposite side is not a correct or recommended way of treating the problem. In most cases, doing that aggravates the condition. It’s necessary for the treatment to consist of ways for the child to actively move the head and use the muscles in their correct function to cure the predilection effectively and permanently.

Do not hesitate to contact us and receive the correct advice and treatment. Our therapists are equipped with the right tools of treatment to successfully manage children who suffer from head predilections.